You are here:  Home/Free Homeschooling Resources/Fun Unit Studies for Homeschoolers/Free Community Helpers Printables
Affiliate links may have been used in this post. FREE offers are often time-sensitive and may be limited time only.

You may have noticed that learning about community helpers is a common and popular theme that is taught in preschools. Some homeschool curricula may not include a unit on community helpers.

If you are putting together your own preschool or early learning unit study style curriculum you will want to make sure that you include community helpers as one of your topics or themes. You will not want to miss out on teaching your children about community helpers. My father-in-law is a 35 year retired firefighter. My husband is also a paramedic and worked for a private ambulance service for years. Our children have grown up around the fire station, and ambulances, and emergency workers. They have been in and out of the fire station on holidays, and birthdays, and for special events. They’ve even eaten meals with them.

Fire trucks, ambulances, fire and medical equipment has always been so common and normal for our children since they were babies.

To other children that aren’t familiar with medical emergencies or emergency workers it can be overwhelming, very loud and scary. The bright lights and sirens and the large trucks with all of the equipment can be terrifying to children with any type of sensory disorders.

It is important to teach children to not fear these important helpers. When we explain what their jobs are and let them see the equipment, it helps to alleviate some of the fear and give them a better understanding of what it is used for. As well as help to prepare them in case of an emergency.

Here are some Free Community Helpers Printables to help teach your children. 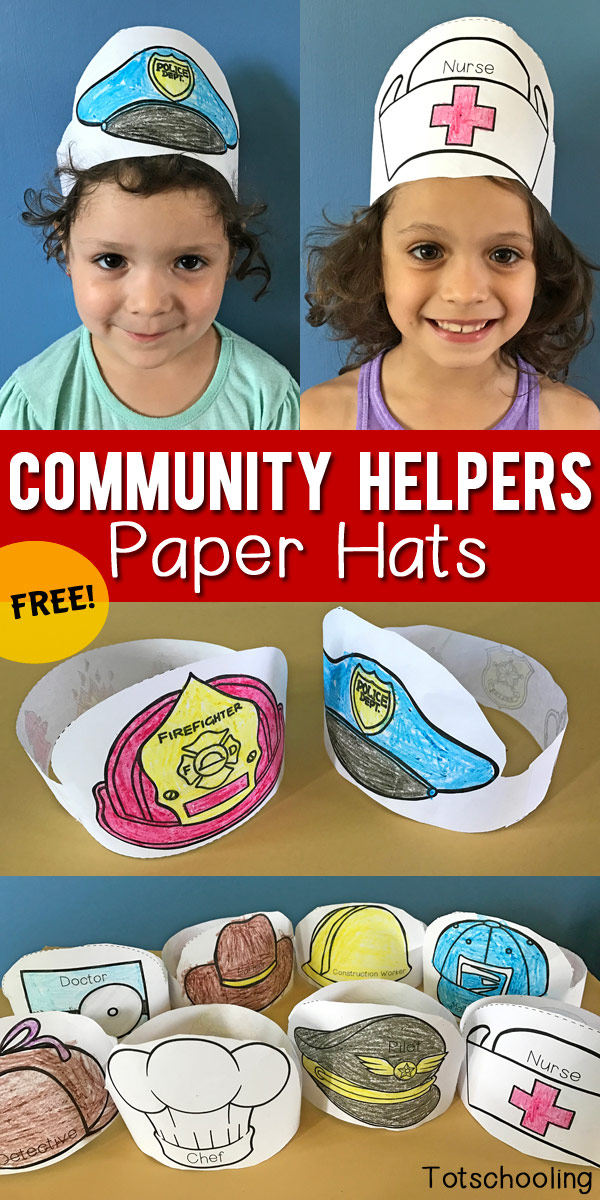 In this day and age, it seems like this generation is losing a lot of respect for community helpers. You see it in the media quite often, how people are disrespectful, rude, and violent towards police offers. So much so, that the ones who have trained to protect us, go to work each day knowing that they could be in danger themselves.

Even teachers, and librarians get disrespected and verbally abused on a daily basis. Mailmen get overlooked and are rarely thanked for driving in traffic ever single day, in all kinds of weather to safely deliver our mail and packages. Medical workers are usually feared by children, and some may even cry and yell and hit them if they are scared and nervous to be seen.

When we introduce community helpers to our children at a young age, it helps them to understand what these people do, and what their jobs are. It helps to give them a respect for their roles in our community as well.