You are here:  Home/FREE Homeschooling Resources/FREE History & Geography Resources for Homeschoolers/Ancient Rome FREE Unit Studies, Printables and Ideas
Affiliate links may have been used in this post. FREE offers are often time-sensitive and may be limited time only.
Are you studying about Ancient Rome this year in your homeschool? My kids and I really like to dig into our history studies. I am always finding extra printables and unit studies for them to do. We like to do extra projects on Friday afternoons. The extra projects really help to make History come alive for them. If you are studying Ancient Rome this year then you will want to check out this big list of FREE Resources I have found!

Ancient Rome Teaching Resources from Mr. Dowling – these resources are for highschool level and include Powerpoint Presentations, You Tube Videos and MP3s.

Tina’s Dynamic Homeschool Plus has an amazing Rome Unit Study FULL of lapbook printables, diagrams, notebooking pages and more. Scroll down the page until you get to the section on Ancient Rome. 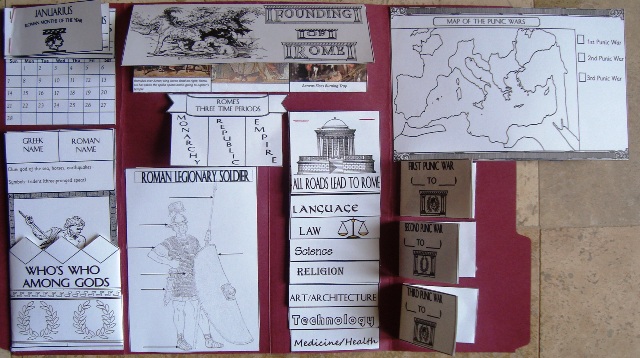 The Legend of Horatius at the Bridge from Layers of Learning – this is a unit study with coloring pages, printables, art activities, crafts and much more!

The Illustrated History of Roman Empire  – this website is huge! There are online books and tons of links to resources all on the Roman Empire!