Affiliate links may have been used in this post. To read our full disclaimer, click here. FREE offers are often time-sensitive. Although they are FREE at the time of posting, please be sure to verify the offer is still free before claiming or purchasing it.
You are here:  Home/FREE Homeschooling Resources/FREE History & Geography Resources for Homeschoolers/Free Resources for Learning About the Titanic There are websites dedicated solely to the ship itself like TitanicFacts.net and Ultimate Titanic.

This makes the titanic a dynamic topic to study as so many topics can be covered by doing so. From learning about timelines to geography and math, studying the Titanic provides a great unit to explore them all and then some.

One of our favorite things to do with our units is learning cool facts that help my kids remember the topic and to keep them engaged.

Here are some facts about the Titanic to give your homeschool a head start:

OK, now some facts, and some really sad facts, that my kids found interesting:

We can go on for days but let’s stop there, and explore these free resources for learning about the Titanic: Learning about the Titanic with young children | Jennifer’s Little World 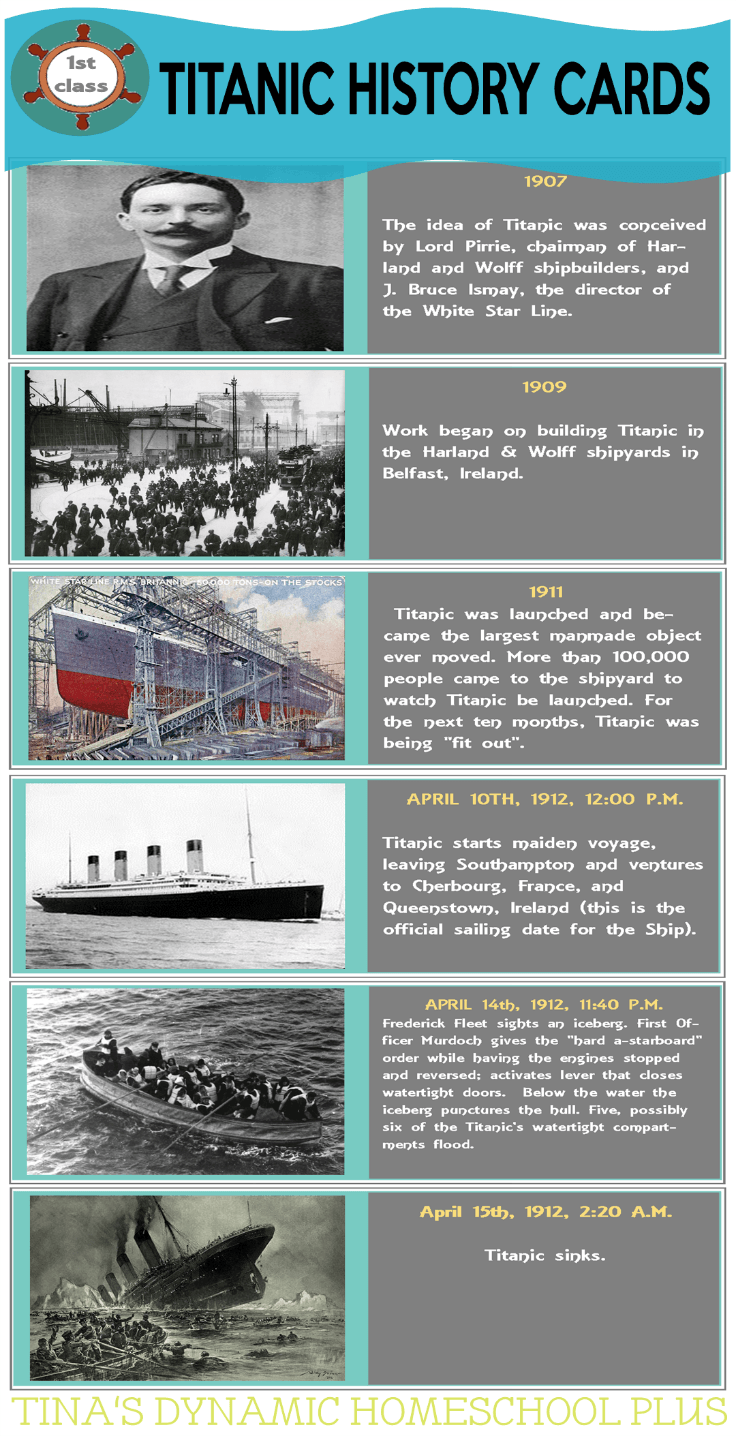 Cause and Effect: The Titanic FREE Worksheet | Education.com

Activities to go alongside your Titanic Lessons:

How to draw the Titanic (Video) | Art for All

Another good thing to point out to kids are some good safety measures that were put into place following the Titanic’s tragic sinking. The International Convention for the Safety of Life at Sea (SOLAS Convention) came together after the sinking and revamped the laws and regulations on ships’ safety.

For instance, an Ice Patrol was set up to be on 24-hour watch during voyages through international waters. Excessive speeds had to be reduced when ice was spotted to moderate speeds or the ship’s course had to be altered. Crew members received more training, the number of lifeboats had to carry all passengers, and so much more that we thankfully adhere to this day.