You are here:  Home/Free Homeschooling Resources/Free Resources for Learning About the Tuskegee Airmen
Affiliate links may have been used in this post. FREE offers are often time-sensitive and may be limited time only. This feat was NOT easy. They had to undergo physical and mental qualifications and went through aviation cadet training.

These resilient men were trained to be pilots, navigators, and bombardiers (members of a bomber crew in the US Air Force responsible for aiming and releasing bombs).

These brave men were called Tuskegee Airmen as they were trained at the Tuskegee University.

In World War II, the Airmen succeeded in escorting bombers with the lowest record of lives loss . . . ever.

The Airmen played a significant part in the military during World War II, which helped implement social changes including ending racial discrimination in the United States military. The Tuskegee Airmen were the most famous African American soldiers/pilots during this time.

The Airmen were called Red Tails because they painted the tails of their fighter planes . . . red, of course.

The Red Tails set the stage for the integration of all men in the United States Military (1948) and the actual Civil Rights movement in the 1960s.

Grab these Free Resources For Learning About The Tuskegee Airmen:

Short Stories for Kids: On the Ground and In the Air | WriteBonnieRose 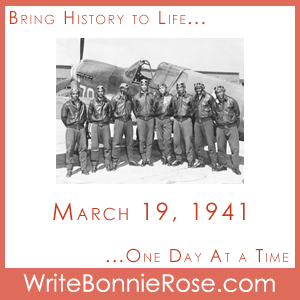 Videos to learn all about the Tuskegee Airmen.

Remembering the Tuskegee Airmen Video | US Department of the Interior

Who Were the Tuskegee Airmen? | HISTORY

Projects and activities to help your kids learn about the Tuskegee Airmen.

WWII and the Tuskegee Airmen – STEM in 30 | PBS Learning Media

The Tuskegee Airmen played a crucial role in the history of our entire nation.