You are here:  Home/Free Homeschooling Resources/FREE History & Geography Resources for Homeschoolers/Free Resources for Learning About the Indian Wars in America
Affiliate links may have been used in this post. FREE offers are often time-sensitive and may be limited time only.

European arrival to the Americas met with the long-time settlement of indigenous people already living in the land. Learn all about the tumultuous history that followed with these free resources for learning about the Indian Wars in America. Scholars have estimated that about 10 million Native Americans lived in the area we know as the United States long before European explorers arrived.

There was actually an estimated 50 million indigenous people living in the Americas as a whole.

Between 1622 and the 19th century, a series of wars ensued known as the Indian Wars.

The battle for land was the story of the Indian Wars in the Americas. How devastating it must have been to see settlers coming into the land and disrupting the normal way of life for the original landowners.

Most of the Indian Wars in America were drawn out wars lasting longer than expected over land and the natural resources in them.

From all that we have read in our homeschool, the wars seem to have started on March 22, 1622, when the Powhatans attacked and killed colonists on the eastern side of Virginia. This was known as the infamous Jamestown Massacre.

Unfortunately, this event gave the English government a reason or excuse to pursue attacks on natives and confiscate their land.

Many wars ensued between this time and the 19th century.

A few of the Indian Wars in America became too huge for anyone to forget. Here are a few:

1640 to 1701 – The Beaver Wars were between the French and their Native American allies (Algonquian and Huron) and the powerful Iroquois. In addition to territory, the fighting was over fur trade dominance in the Great Lakes area. It eventually ended with the signing of the Great Peace Treaty.

1759 – Two peace treaties forced the Cherokee to give up millions of acres of land to the settlers. This resulted in a series of wars called the Cherokee Wars.

1816 to 1818 – In the First Seminole War, the Seminoles (along with runaway slaves – interesting fact) defended Spanish Florida against the U.S. Army.

In 1830, President Andrew Jackson signed the Indian Removal Act, which allowed the United States Government to start the relocation of Native Americans to their new land.

1835 to1842 – The Seminoles fought to retain their ownership over the Florida Everglades in the 2nd Seminole War to no avail and were almost were wiped out entirely. The 3rd Seminole War (1855 to 1858) ended with them being outnumbered and outgunned.

November 29th, 1864 – 650 Colorado volunteer forces attacked Cheyenne and Arapaho encampments. Peace negotiations with the U.S. government were already underway, but more than 140 Native Americans were killed and injured. Most were women and children.

Is it just me, or does studying this leave you gutted? We understand this is American history, yet it doesn’t stop it from being super sad all around. It is still a history we must teach our children about.

Learn all about the history of Native Americans in battle with these free resources for learning about the Indian Wars in America:

Roles of Native Americans During the Revolution | Battlefield.org

Cherokee – Westward on the Trail of Tears | Legends of America

FREE Worksheets and Unit Studies About the French and Indian War The Trail of Tears and the Forced Relocation of the Cherokee Nation (Teaching with Historic Places) | National Park Service (NPS.gov)

Hands-on activities to add to your Indian Wars lessons at home: 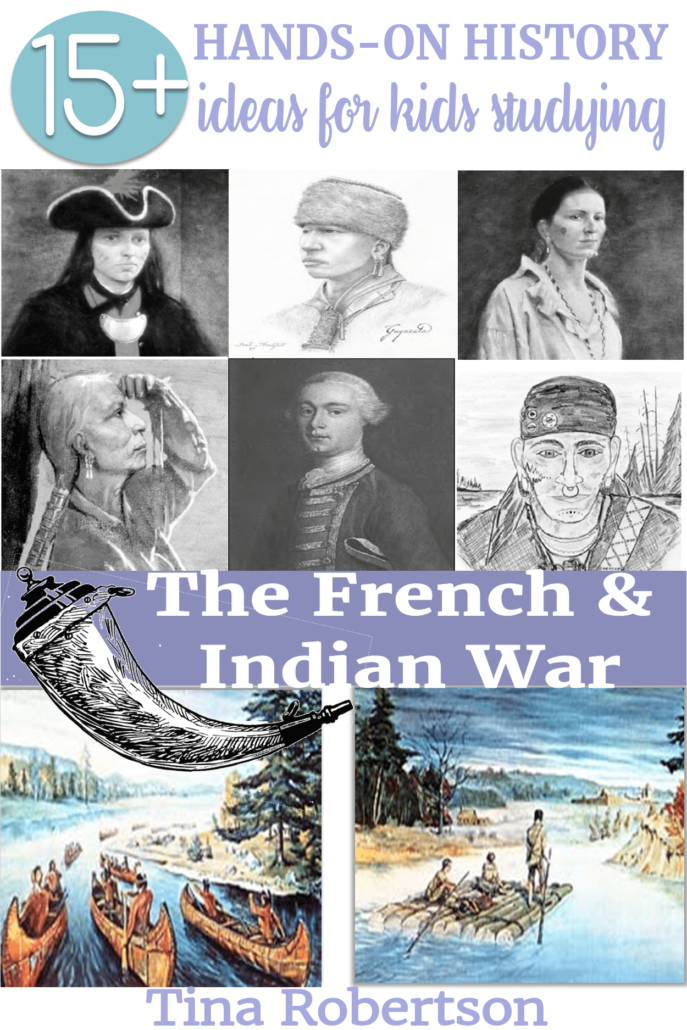 Videos to help your visual learners with the Indian Wars history:

The Battle at Little Bighorn | History.com

These realities and materials may be intense for our students, but we still can teach them in ways that help them understand the importance of history.

We can teach our children the facts and lead the discussions with questions to get them critically thinking and analyzing.

Remember not to shy away from topics only because they are hard to get through.

History, especially of our country, is important for our children to learn about.