You are here:  Home/Free Homeschooling Resources/Fun Unit Studies for Homeschoolers/Homeschooling with The Phantom of the Opera
Affiliate links may have been used in this post. FREE offers are often time-sensitive and may be limited time only.

The first musical that I ever saw was a VHS tape of The Phantom of the Opera when I was in the 8th grade. It was in a musical class in the private school I attended. I remember listening to the entire soundtrack, discussing the story line, then watching the musical. This post is part of the Homeschooling with Musicals Series

It has since become one of my favorite musicals because it is a classic. I loved it even before I discovered other musicals later when I was an adult. My teenage daughter is a huge musical fan. She performs in musicals at our local community theater a couple of times a year. We also try to see as many local musicals as we are able.

I introduced her to the Phantom of the Opera when she was also in the 8th grade. She instantly fell in love with this horror romance. She was so torn with being terrified of the Phantom, and yet feeling so sad and sorry for him at the same time. Musicals sure do have a way of tearing with your emotions. There is not one musical that I have sat through with her that I haven’t seen her shed a few tears. They really do pull at your heart strings.

You all know that I love to turn my children’s passions into a learning experience any chance that I can get. Let’s start by learning about the history of The Phantom of the Opera, and some free printables and unit studies!

History of The Phantom of the Opera:

The Phantom of the Opera was a book written by French author Gaston Leroux published in 1910. It’s French translation is Le Fantôme de L’Opéra. It is considered a horror romance Gothic novel and is set at the Paris Opera House the Palais Garnier.

My oldest daughter enjoyed reading the book after watching the musical and comparing the differences between them. You can read this book for FREE on Kindle HERE.

Andrew Lloyd Weber had been trying to write a romantic story when he stumbled upon The Phantom of the Opera. He wrote the music for it and created it into a musical that opened in London’s West End on October 9, 1986. The role of Christine was played by his then wife Sarah Brightman. He created the operatic musical vocals just for her voice.

The musical has won Broadway Tony Awards and London’s Olivier Award for the Best Musical. It is also the longest running Broadway musical to date.

We have never had the opportunity to see the musical live, but this production is a great second best. We rented it on Amazon Prime Video to watch together. It is absolutely amazing, it is filmed like a movie, but you can see the entire theater hall and it feels like you are really there. 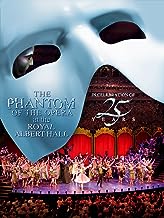 Study Guides and Resources for the Book:

Lit Charts Study Guide for the book Phantom of the Opera.

Study Guides, Unit Studies and Websites for the Musical:

The Magic of Musical Theater: The Phantom of the Opera Smart Board Lesson – NYC Learns

Read about the iconic falling chandelier, what makes it special and see videos of it falling in different performances. FEATURE: The Chandelier in the Phantom of the Opera – Twin Cities Arts Reader

Take a virtual tour of the Paris Opera House on Google Arts and Culture.