You are here:  Home/FREE Homeschooling Resources/FREE History & Geography Resources for Homeschoolers/Resources About Milestones in American History
Affiliate links may have been used in this post. FREE offers are often time-sensitive and may be limited time only.

These resources about milestones in American history are just a handful of events and experiences that have shaped the country in significant ways. Every single milestone that the United States has progressed through has formed the country today. Some of the milestones were indeed growing pains, but have made the U.S.A one of the best countries in the world.

NOTE: This is list is in no way the ultimate list of milestones in American History. There are plenty left out, many that others may find way more important. I have selected these personally and in no reflection or influence from outside sources. These topics jumped out at me as being important in our country.

I have heard that American history is one of the most frequently overlooked subjects when it comes to extracurricular educational material (Arcadia Publishing). This absolutely shouldn’t be so.

Traveling around the world, I know that others take their country’s history very seriously. They even take the world’s history seriously. I highly recommend we do the same.

Studying American history gives students the power to come up with informed decisions and equips them with a profound knowledge base about the country in which they grew up in.

Learning about the land of opportunity is essential for better understanding of our great country. At the very least we can teach them the milestones which helped shape it.

Definition of a milestone as it pertains to a country:

A significant event or stage in the progress and development of a nation.

Discover below some resources about milestones in American History:

In what is known as the Western Expansion, there was a movement of settlers towards the American West. It began with the Louisiana Purchase and was influenced by the Gold Rush, the Oregon Trail, and a belief in “manifest destiny.”

This expansion caused major changes to the normal American way of life at the time. Many white settlers moved for the opportunity, but it was met by much resistance for Native Americans which also significantly changed their way of life as well.

The American Revolution began in 1775. The British government tried to impose laws to the American colonies which enforced several taxes and wanted more control over them.

Great Britain’s thirteen American colonies eventually won their independence from it and formed the United States. 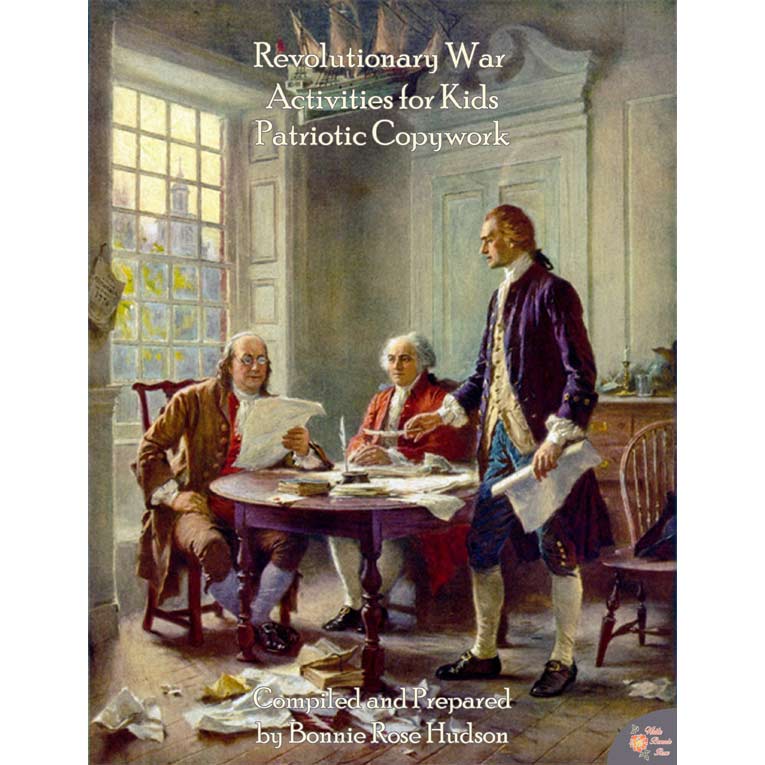 Causes of the American Revolution (FREE Foldable, Interactive Notebook) | Teaching to the Middle

RECOMMENDED RESOURCE: American History Through the Eyes of the Presidents

Are you looking for an easy way to teach your student about the United States Presidents?

American History Through the Eyes of the Presidents – This study takes a brief look at American history focusing on the actions of the presidents through reading comprehension, narration, notebooking, timelines, research projects, and more. The Declaration of Independence, 1776

The United States Declaration of Independence of 1776 is an important document of American history that says Americans were no longer under British rule and have become a new country.

The document includes essential information including a citizen’s inalienable Rights including Life, Liberty, and Pursuit of Happiness. It says all men are created equal and that individuals have a civic duty to defend these rights for themselves and others.

FREE Resources About our Founding Documents 5 Declaration of Independence Videos for Kids | The Clever Teacher

The Constitution is the very highest law in the United States which states how the government works. It creates the Presidency, Congress, and the Supreme Court.

Written in 1787, the Constitution is what all other laws derive from. It can be amended. The first ten amendments are called the Bill of Rights. 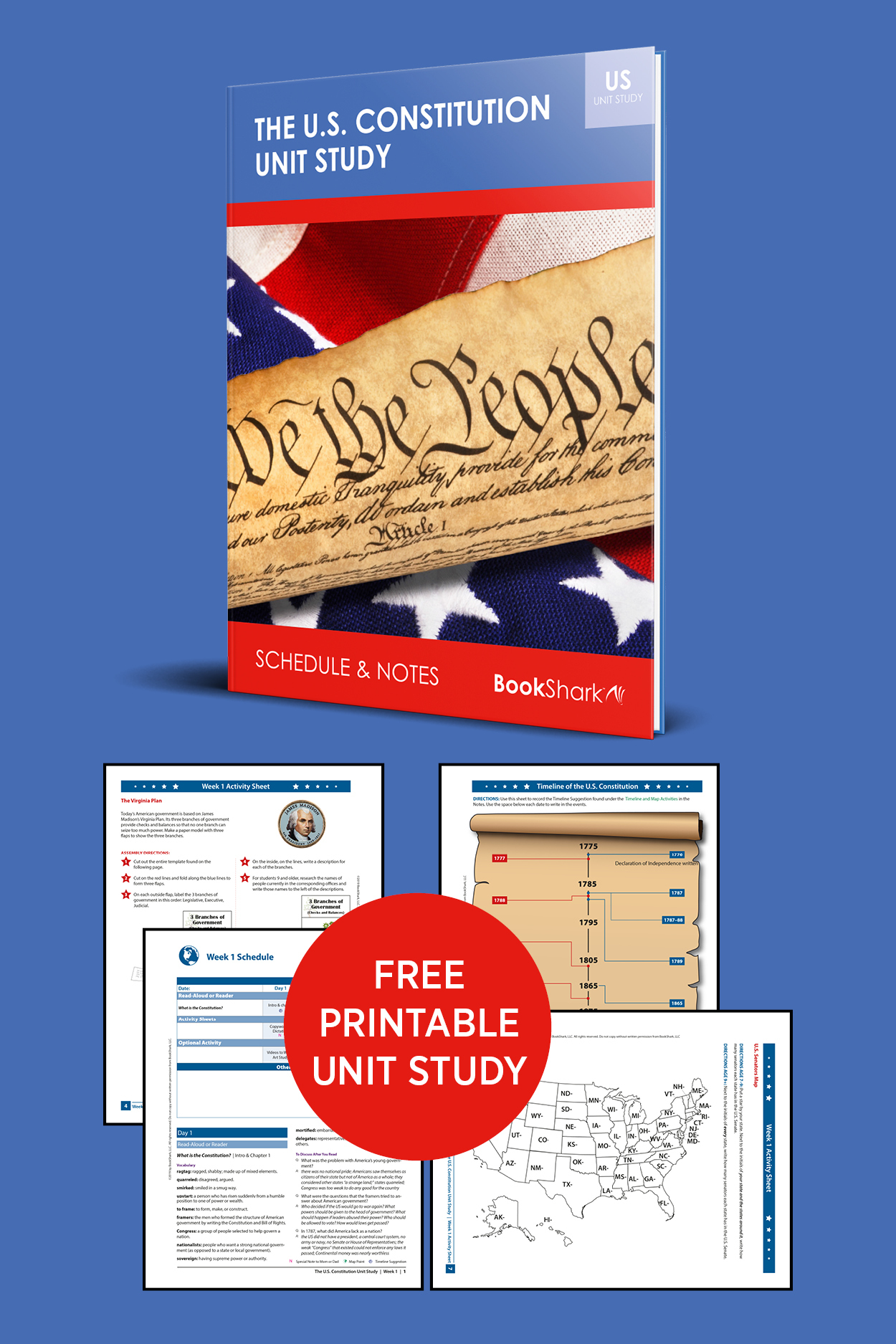 The Industrial Revolution was a significant milestone in America’s history as it brought new manufacturing processes to the period. It was also a time where modern inventions flourished. The War of 1812 began when the United Kingdom was in a war against France (and the armies of Napoleon) then placed trade restrictions on the United States -not wanting us to trade with France.

The U.K. also supported the Native American tribes as settlers wanted to expand westward. Eventually, the U.S. was victorious and forced the British out of Louisiana where they signed a peace treaty.

The Great Migration refers to a time when there was a massive internal migration of Blacks from the South to urban centers in other parts around the country. An estimated 6 million Blacks left the South between 1910 and 1970.

The Civil war was the deadliest war in American History. The main cause of this war was the South’s wanting to keep slavery and the north wanting to abolish it. It was between the Confederacy and Union.

The war began on April 1861 when Confederate forces attacked Fort Sumter, a fort in South Carolina held by Union soldiers. The war lasted four years and caused extreme damage in the South. After the war, slavery was made illegal in the whole of the United States. In April 1898, the United States declared war against Spain. Some reasons were America’s support of the ongoing struggle between Cubans and Filipinos against Spanish rule. We were also concerned of a “mysterious” explosion of the battleship U.S.S. Maine in Havana Harbor. Also known as the First World War, World War I included 135 countries. It was a military conflict triggered on 28 June 1914 by the assassination of the Archduke Franz Ferdinand of Austria and his pregnant wife Sophie. There were also major differences in foreign policies.

The Americans joined World War 1 after 128 Americans were killed by a German submarine. Chemical warfare, mustard gas, was used during the war and there were millions of casualties because of that and other combat-related reasons. The 19th Amendment became part of the U.S. Constitution on August 18, 1920. It stated that, “The right of citizens of the United States to vote shall not be denied or abridged by the United States or by any State on account of sex.”

In the 1930s the world experienced a severe economic depression, now known as The Great Depression. It began in the United States and gradually impacted the global economic decline.

It began after a major fall in stock prices which inevitably affected both the rich and poor. International trade fell by more than 50%. The unemployment rate in the U.S. rose to 23% and in some countries rose as high as 33%.

The depression period still is a reminder to our country today of how important it is to govern spending. The second World War was fought by allies Britain, the U.S., the Soviet Union, and the Axis Powers Germany, Italy, Japan. It was the deadliest war in human history with about 70 million people killed.

The war began after Hitler invaded Poland in 1939 waging war against the UK and France. The United States only joined the war after Japan attacked the Naval Base Pearl Harbor in Hawaii.

Racial segregation in schools became unconstitutional. This was the start of civil rebellion to fight for and to secure civil rights for Americans of African descent.

ABC’s of American History: S is for Segregation and Civil Rights | Something2Offer

Finally, the act was passed, “All employing entities and labor unions have a duty to treat employees equally, without discrimination based on “race, color, religion, sex, or national origin.”

Inside the Civil Rights Act of 1964 | Everywhere Family Adventure

Read About the 1969 Moon Landing | History.com

The attacks on the Pentagon, Twin Towers, and other attempt was a shock to the whole world. It brought citizens of America together like nothing else has ever done before then and since (in my opinion).

Ideas and Activities to Talk to Your Kids About 9/11 In November 2008, a Democratic Senator Barack Obama became the first black president of the United States of America.

Jerusalem recognized as Capital of Israel, 2017

In December 2017, the United States recognized Jerusalem as capital of Israel and announced the plans to move the embassy there. This prompted unrest and anger in Arab countries.

Additionally, in March 2019, the US recognized Israeli’s sovereignty over the Golan Heights. Of course, this is a significant part of our history, especially as a Christian. God promised Abraham, known as the father of the Jews, He would give him and his descendants the land that currently is modern-day Israel (Genesis 15:18–21). Growing up and in public school, I definitely didn’t learn much about our history. This chance in our homeschooling journey we get to teach our students what we didn’t know. We get to teach them what is important to us in a historical context.

That information will help them develop their sense of identity in the country that God placed them in and appreciate the diversity in it. Find more resources below to help teach your kids more about American History.

5 Most Important Parts of American history to Teach Kids | kidskonnect