Affiliate links may have been used in this post. To read our full disclaimer, click here. FREE offers are often time-sensitive. Although they are FREE at the time of posting, please be sure to verify the offer is still free before claiming or purchasing it.
You are here:  Home/FREE Homeschooling Resources/Free Resources for Learning About Historic Earthquakes

If you have ever weathered through an earthquake, you know that it is an experience you’ll never forget. These free resources for learning about historic earthquakes will be a great addition to your earthquake lessons or unit. I am from the East Coast of the United States of America, New York, to be specific. We just don’t have earthquakes. I moved to Florida, and still no earthquakes.

We have grown to know now that earthquakes are commonplace and a siren will sound should there be a tsunami coming.

However, our first earthquake experience was pretty hilarious. It was about 5 a.m. in the morning. My husband and I dashed out of the bed, he grabbed the emergency bag at the side of our bed. We grabbed the kids out of the bed and sprinted to the car and waited for the siren.

We are looking around, neighbors still sleeping, no sirens. It turns out we SERIOUSLY overestimated the earthquake. It’s definitely a funny memory now, when we think back.

However, it was a perfect drill for us and we are grateful for taking the precaution overboard – just in case we need it for the real thing.

After a few years in Tonga, we met a beautiful family from New Zealand, who came as missionaries for a year and a half to the island where I live.

They eventually retold the stories of their experience with the devastating earthquakes in Christ Church, New Zealand. The memories were still fresh in their minds. Their concerns about the casualties were evident in their expressions.

Her husband is a green home contractor/master builder. He builds amazing and breathtaking eco-friendly homes. After the earthquakes, his company quickly began to help families affected by the earthquakes in September 2010, only to face another devastating earthquake just a few months later in February 2011.

Can you imagine the devastation? They knew people who just were gone, unaccounted for after the first earthquake.

They began to rebuild and shortly after another earthquake brought more deaths, damage, and casualties. Lord, our hearts beak for such horrific natural disasters and those affected. We also are able to understand the magnitude of God’s perfect sovereignty.

It either turns people away from God or throws them headfirst to follow Him.

If you are studying earthquakes in your homeschool, be sure to pray for people around the world who are probably still trying to recover and those who need to turn to the Lord for salvation.

Explore these reading materials and free resources for learning about historic earthquakes: City of Sparta destroyed by the earthquake of 464 B.C (FREE Printable) | Research Gate

The First Destruction of Pompeii 62 A.D. and Video | Napoli Unplugged

The Day The Earth Shifted | NZGeo

The Great Japan Earthquake of 1923 | SmithsonianMag

The Great Assam Earthquake of 1950 | Sites.Google

How Long Did The Kamchatka Earthquake Last | Denvers Refrigeration

Just How Big Was the Biggest Earthquake? | Scientific American

2010 Haiti earthquake: Facts, FAQs, and how to help | World Vision

Before and After Photos | The Guardian

Why Was New Zealand’s Latest Earthquake So Deadly? | Scientific American

The below resources will be a great starting point for you to teach all about earthquakes in a natural disaster unit.

All About Earthquakes FREE Research Journal What Is an Earthquake? | Educational Videos for Kids

Lego City Earthquake | Teach Beside Me 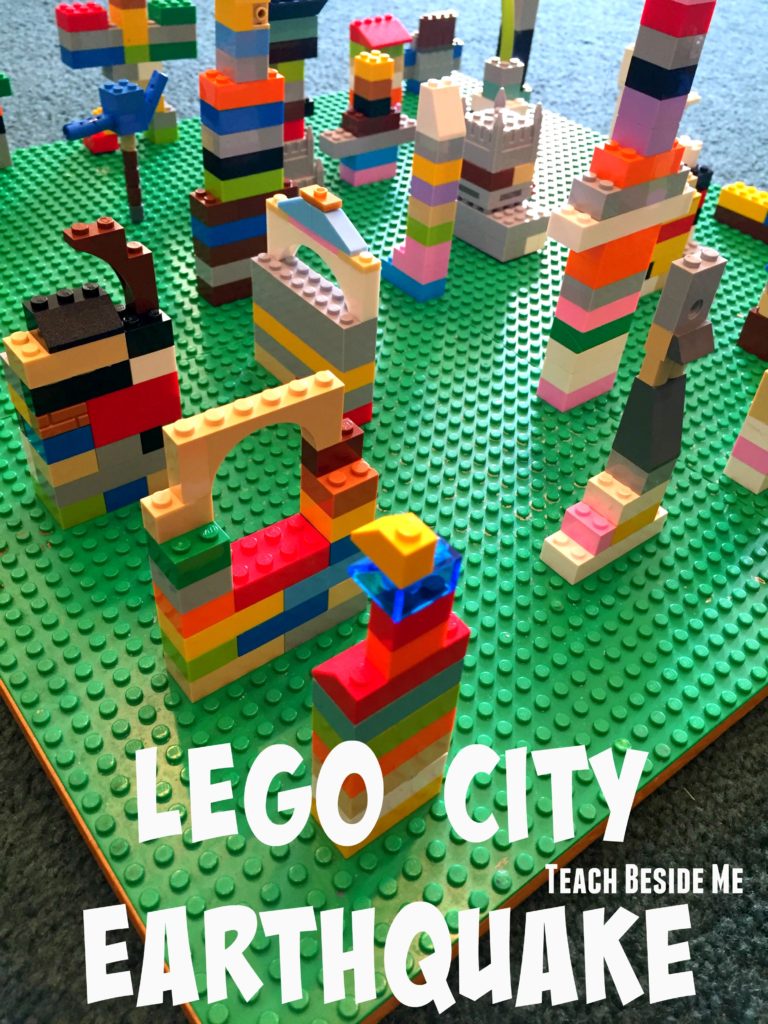 Ways to Create An Earthquake (STEM)! | Teachers are Terrific

Montessori-Inspired Earthquake Activities With FREE Printables | Every Star is Different

Geology 112 Earthquakes. Activity 1 Worksheet Introduction to the Course. What is a Fault? What is an Earthquake? | SILO