Affiliate links may have been used in this post. To read our full disclaimer, click here. FREE offers are often time-sensitive. Although they are FREE at the time of posting, please be sure to verify the offer is still free before claiming or purchasing it.
You are here:  Home/FREE Homeschooling Resources/Science Themed Homeschooling Freebies/Famous Scientists: FREE Printables and Resources About Benjamin Banneker

Benjamin Banneker overcame so much in his life. He was a free African American man, the son of a free woman and his father, a former slave. He didn’t have much of a formal education, yet he still went on to achieve some really amazing things! Let’s learn more about this famous African American scientist with these free printables and resources about Benjamin Banneker.

Benjamin Banneker was an African-American scientist, mathematician and astronomer. He grew up as a farmer with very little education. His grandmother taught him how to read, and he attended a Quaker school for a short time. He was mainly self taught through reading and math.

Benjamin Banneker spent many hours on his farm staring up at the night sky. He became so fascinated by it that he eventually learned to predict lunar and solar eclipses. This all came from what he had learned from his readings and mathematical equations that he formulated on his own!

Read more about the biography of Benjamin Bannker at Biography.com.

Learn more about Benjamin Banneker’s life and his inventions at The Black Inventor.

He was born and raised in Maryland, learn about the place of his birth with this FREE Maryland State History Printable.

This genius man came out of a very difficult life and went on to create some great things that we still use today. He was also a strong advocate for human rights and opposing slavery. He even corresponded with Thomas Jefferson regarding absolving slave holding and black rights.

Friends of Benjamin Banneker is a website that is ran by the Benjamin Banneker Historical Park and Museum. You can learn about the history of Banneker, view a timeline of his life, and his inventions and accomplishments. 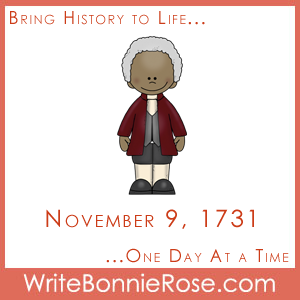 Who is Benjamin Bannker? Who Invented the Clock? – Empower Your Knowledge and Happy Trivia

These are some great books to learn more about Benjamin Banneker, his life and accomplishments: