You are here:  Home/Free Homeschooling Resources/Homeschool Organization/Avoid Forgetting the Most Important Thing for Your New Homeschool Year
Affiliate links may have been used in this post. FREE offers are often time-sensitive and may be limited time only.

This seems pretty obvious, right? I know that I have gone full force, head first in planning and preparing for my homeschool year without laying it ALL at the Lord’s feet. Read about why seeking the Lord first is the most important step for preparing a new homeschool year. You have been jotting down ideas throughout the whole previous year. You know what you want to teach, and what you won’t. You know what curriculum you may want to use and why. Your mind is already racing and getting geared up for the next homeschool year. You have, however, missed one thing that has made all your intentions all in vain? Doing it all without Christ.

There is good reason for Jesus commanding us to seek first the kingdom of God in His Sermon on the Mount on Matthew 6:33. He said it because He knew we needed the reminder. We needed to be reminded that His kingdom has greater value than all the world’s riches.

I go through bouts of worry when it comes to my son’s education. Although he is thriving right now, that doesn’t necessarily mean he is thriving like catching up with the levels he is supposed to be in. He is thriving in that he doesn’t feel frustrated like he once was and doesn’t get stressed out over math anymore.

Recently, I was really worried about my son as he seemed to have regressed in some areas. I was planning to get him into an online math program and reading program in order for him to get caught back up. I was a little panicked.

My friend and her kids proceeded to tell me how my son was arguing with a child that had come to the Bible study the Friday night before. I was a little concerned.

The little boy’s parents are agnostic and are doctors who put a heavy emphasis on science, of course. Well, apparently the little boy was trying to tell my son there was no such thing as God and that science is what we needed to rely on.

Well, my son was the only one who stood up and defended his faith amongst the other kids. He told the little boy about Jesus and refuted any argument the other boy had to give him.

The arguments were hilarious and ended in little disputes like this:

Boy: If it weren’t for science, we wouldn’t have any phones.

My Son: So you go across the yard and just talk to your neighbor, DUH.

Boy: If it weren’t for science, we wouldn’t have a house to live in.

My Son: OK, so we will just live in caves it’s fine.

The moral of my long story is that although my nine-year-old son is not memorizing the periodic table, reading Shakespeare or anywhere near attempting Algebraic equations, he was able to defend his faith and glorify God in the process. So, go ahead and make your pans, but seek Him first and throughout.

Seeking the kingdom of God before we panic before we make our own plans before we go our own way is what we need to do every time. Committing our homeschool to the Lord should be first and foremost.

Check out the most important step to preparing a new homeschool year from The Character Corner.

If you need help preparing for your next homeschool year, then use the world’s best homeschool planner online from Homeschool Planet: 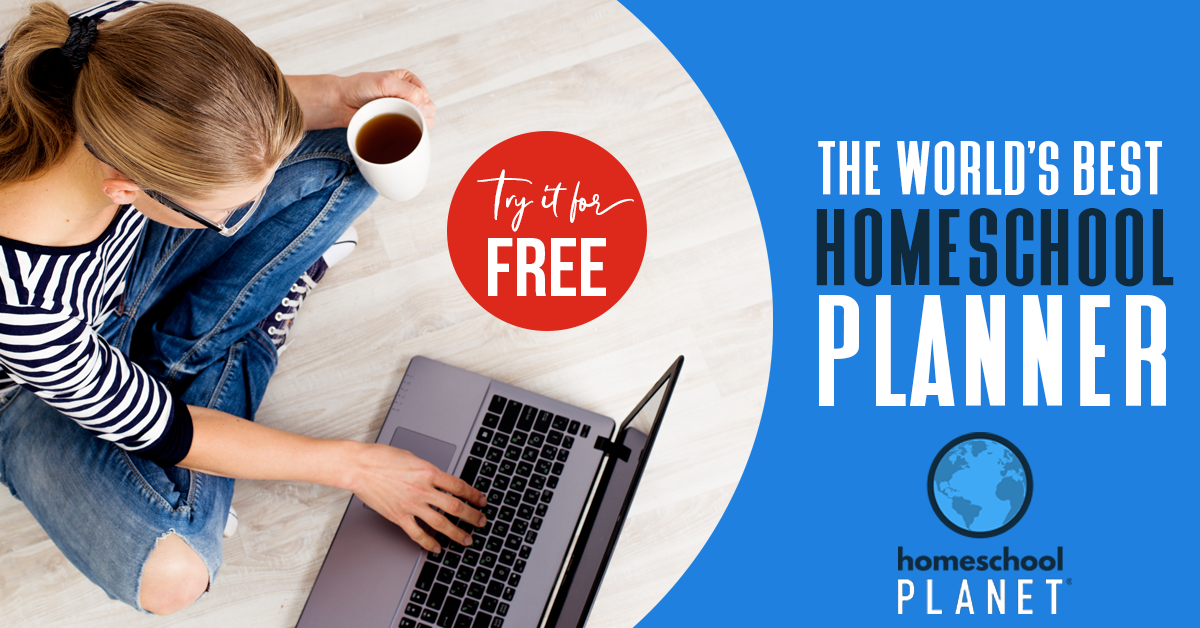