You are here:  Home/Homemaking/Recipes/Homemade Deodorant Recipes and Ideas
Affiliate links may have been used in this post. FREE offers are often time-sensitive and may be limited time only.
If chemicals in body products make you nervous you should consider making your own deodorant! I get so nervous about the amount of chemicals, parabens and sulfates that are found in bath and body products. I use coconut oil instead of lotion and even make my own lotion bars and lip balm. I also buy homemade soap from a local soap maker. Deodorant makes me nervous because of all the aluminum and the link to alzheimer’s and cancer. I have finally decided that it can’t be too difficult to make my own deodorant and I am ready to take the plunge!!!

If you are also wanting to make the switch then this round-up is for you! I was so surprised at all the different ways you can make your own custom homemade deodorant!

Primal Pit Paste Inspired Homemade Natural Deodorant from Six Figures Under – I am excited to try this as that stuff is expensive!!! 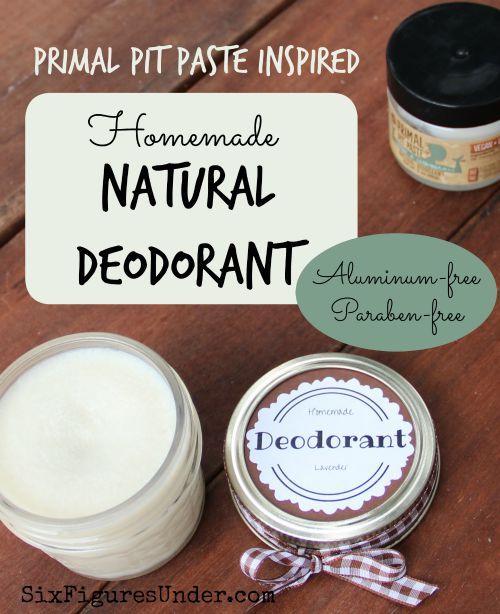 Homemade Spray or Roll On Deodorant without baking soda from Almost Exactly Blog – I like the idea of having a lightweight spray on deodorant that isn’t thick and goopy. 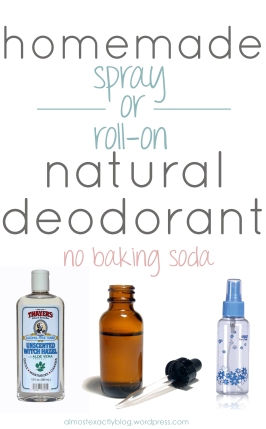 DIY All Natural Detoxifying Deodorant from Body Unburdened – this does look really easy! Mommypotamus has some good ones too:
Natural Deodorant Recipe for Sensitive Skin
“Man Stink” Killer Deodorant

DIY Homemade Deodorant with Lavender from Live Simply Me Here are some great deals on containers for your homemade deodorant: