You are here:  Home/Farm Anatomy Resources/BEST Crockpot BBQ Pulled Pork (Gluten Free & MSG Free)
Affiliate links may have been used in this post. FREE offers are often time-sensitive and may be limited time only.

I am very sensitive to many ingredients that are derivatives of MSG, so store bought BBQ sauce (even if it says gluten free + msg free) still gives me reactions (mainly migraines!) I have missed BBQ pulled pork and was able to find a recipe that with one minor tweak, was amazing!

On Christmas day we kinda went all southern and had BBQ Pulled Pork, Scalloped/Au Gratin Potatoes, brussel sprouts with bacon, and cornbread – all from scratch and grain free! I used a recipe in The Pioneer Woman Cooks cookbook for “Spicy Pulled Pork.” While this recipe works best in the oven where it can caramelize, I threw it in the crockpot this time. You can cook the pork roast however you would like, but this was my favorite! The recipe is also found on on her blog here.

If you use the recipe above in the crock pot, you will need to scrape off all of the fat on the top of the pork roast before shredding it because it will not be crisp and caramelized. I used the rub and marinated my pork roast in for about 12 hours before cooking it in the crockpot.

Here is an alternative recipe for the pork roast if you don’t want to use the recipe in Ree Drummond’s book mentioned above due to the use of brown sugar.

Rub it all over the pork roast and place in crock pot. Cook it on low until it is ready to be pulled apart with a fork.

Now, onto my favorite part! I was on Pinterest searching for a Gluten Free BBQ Sauce recipe. I wanted to find something that listed out ingredients I already had on hand. I was not successful finding one without Worcestershire, so in the end, I substituted that for Organic Tamari sauce that is gluten and MSG free. Note: I purchase this at Target or Publix as it is cheaper than Amazon, but in case you are not familiar with it, I wanted to link to it for a visual. 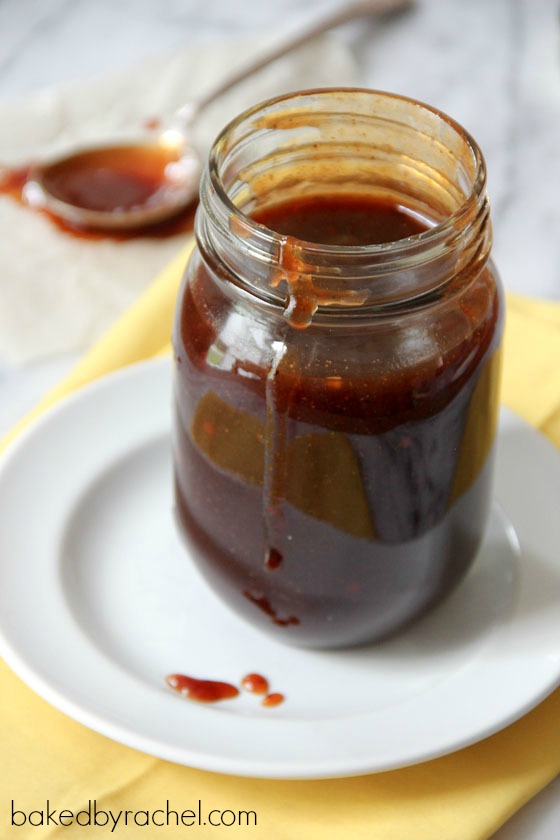 There is only one brand of ketchup I have found that I can use because most of them have citric acid as an ingredient and that gives me the MSG migraine – Annie’s Organic Ketchup. Again, this is normally cheaper at the grocery store.

My friend told me it was the best BBQ she had ever tasted! I have to agree and this will be our go-to recipe!

After I shredded the pork, we ate it using this barbeque sauce. It was AMAZING! I am so glad to have found this recipe!